satRdays are community-led, regional conferences to support collaboration, networking and innovation within the R community.

satRdays are the brainchild of Stephanie Locke, and were inspired to a large extent by the success of SQLSaturdays. SQLSaturdays focus on developing technical knowledge around SQL Server and related technologies. The first SQLSaturday was held in 2007, and there are now well over 100 events across the globe.

The idea behind holding the conferences on a Saturday, is that rather than limiting access to those who are able to get buy-in from their employers to attend a conference during the week, this makes them accessible for anyone who wishes to attend on their own time. Ticket prices are also kept as low as possible to try to keep these conferences accessible to students.

A proposal was drafted and put before the R Consortium in early 2016, and with their approval and financial backing to help get the first few satRday events up and running around the world, some early momentum was quickly established.

The first satRday, organized by Gergely Daróczi, was held in Budapest, Hungary on the 3rd September 2016, with a little under 200 people from 19 countries in attendance. There were presentations from 25 speakers, with keynotes from Gabor Csardi and Jeroen Ooms, and the event was a huge success. You can find out more about the event at the conference website or by reading some of the follow up posts on the conference here and here. 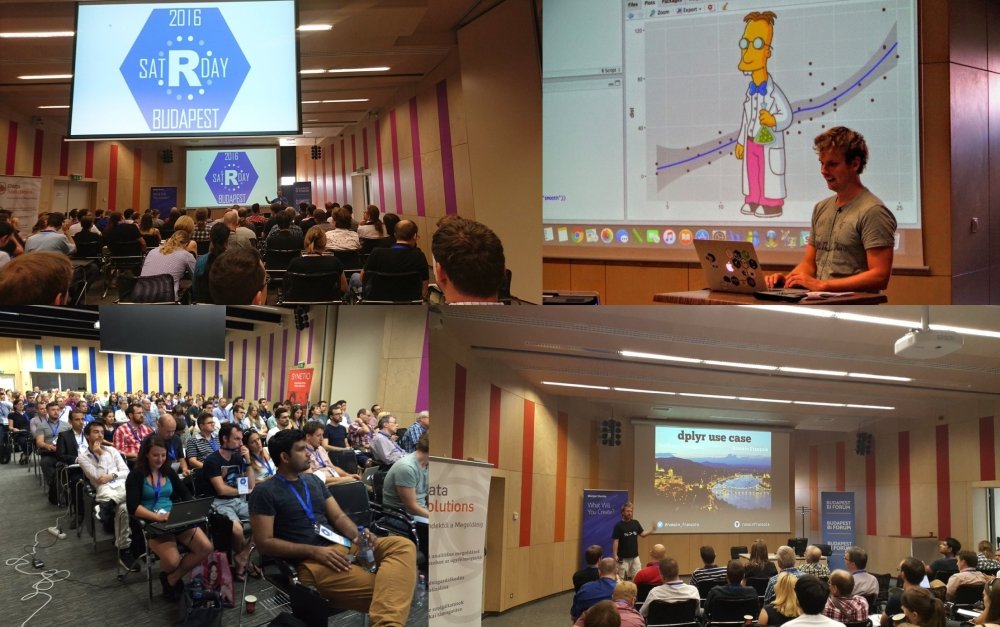 The second satRday, organized by Andrew Collier was held in Cape Town on the 18th February 2017. Just over 200 tickets were issued for the event and again the venue was packed. With 29 speakers in total, including keynote speakers Jenny Bryan, Julia Silge and Steph Locke, the schedule was also packed - with tutorials, standard and lightning talks, along with a visualization competition to round out the day’s proceedings. There were also three workshops held by the keynote speakers on the two days prior to the conference which were very well attended. Again, there is plenty more about the event at the conference website, and in the follow up posts here and here. 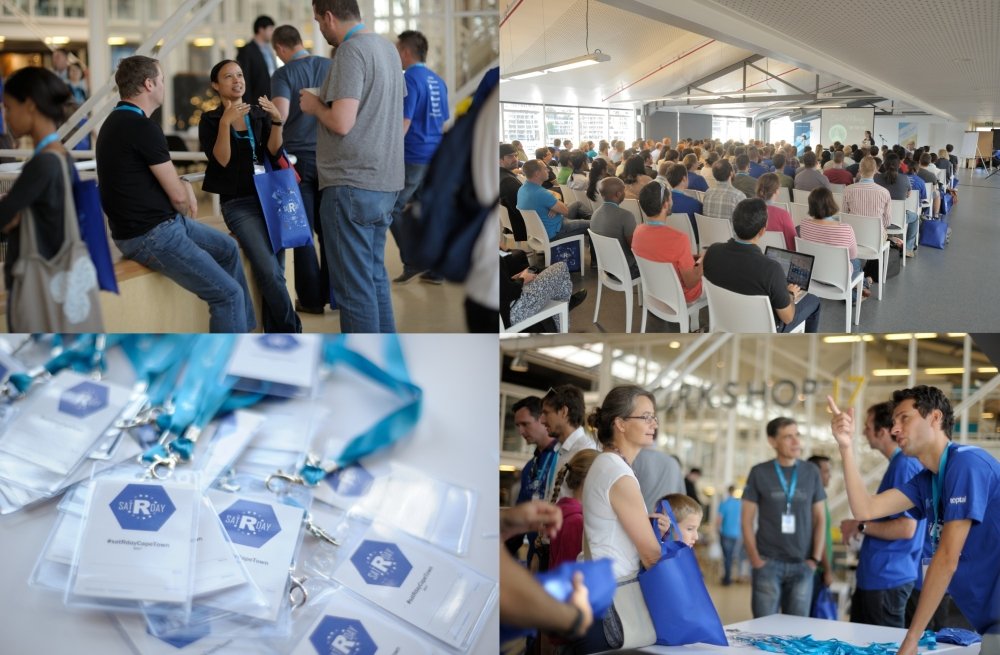 A second satRday in Cape Town is now planned for 17 March 2018, with two exciting keynote speakers: Maëlle Salmon and Stephanie Kovalchik. They will be presenting workshops on R package development and sports analytics with R on the day prior to the conference.

Next year’s conference will be held at a bigger venue on the campus of the University of Cape Town in order to accommodate more attendees. Tickets are on sale and the Call for Papers is open. More details for the event can be found at the conference website.

Another exciting development for next year’s conference is that plans are being put in place to run a Data Carpentry workshop before the event. Software and Data Carpentry have been involved in enabling and developing R capacity in Africa since 2015. Two-day workshops teach researchers and postgraduate students fundamental skills to assist with better research software development and data analysis. The Carpentries are global non-profit volunteer organisations that not only teach tools like R, Python, SQL, and Git/GitHub, but also run a two-day instructor training workshop to help technical experts teach more effectively.

More than 30 Carpentry workshops have been run in African countries over the past three years, including South Africa, Mauritius, Ghana, Gabon, Namibia, Botswana, Kenya, and Ethiopia . These workshops have reached hundreds of researchers and students who mostly had limited or no prior exposure to programming.

If you’d like to get involved in Carpentries in Africa, please join our Google Group or request a workshop by completing this form.