Usually the main struggles preceding Software and Data Carpentry workshops involve the laptop setup, signposting the room and making sure the washrooms are unlocked. But the recent workshop in New Zealand, held at National Institute of Water and Atmospheric Research (NIWA) was facing much more extreme conditions.

The day before the workshop New Zealand was hit by what is now known Kaikoura earthquake. Wellington, where the NIWA offices are, was also affected. Fortunately, NIWA buildings remained safe and the hosts, Fabrice Cantos and Wolfgang Hayek, decided to go forward with the workshop. 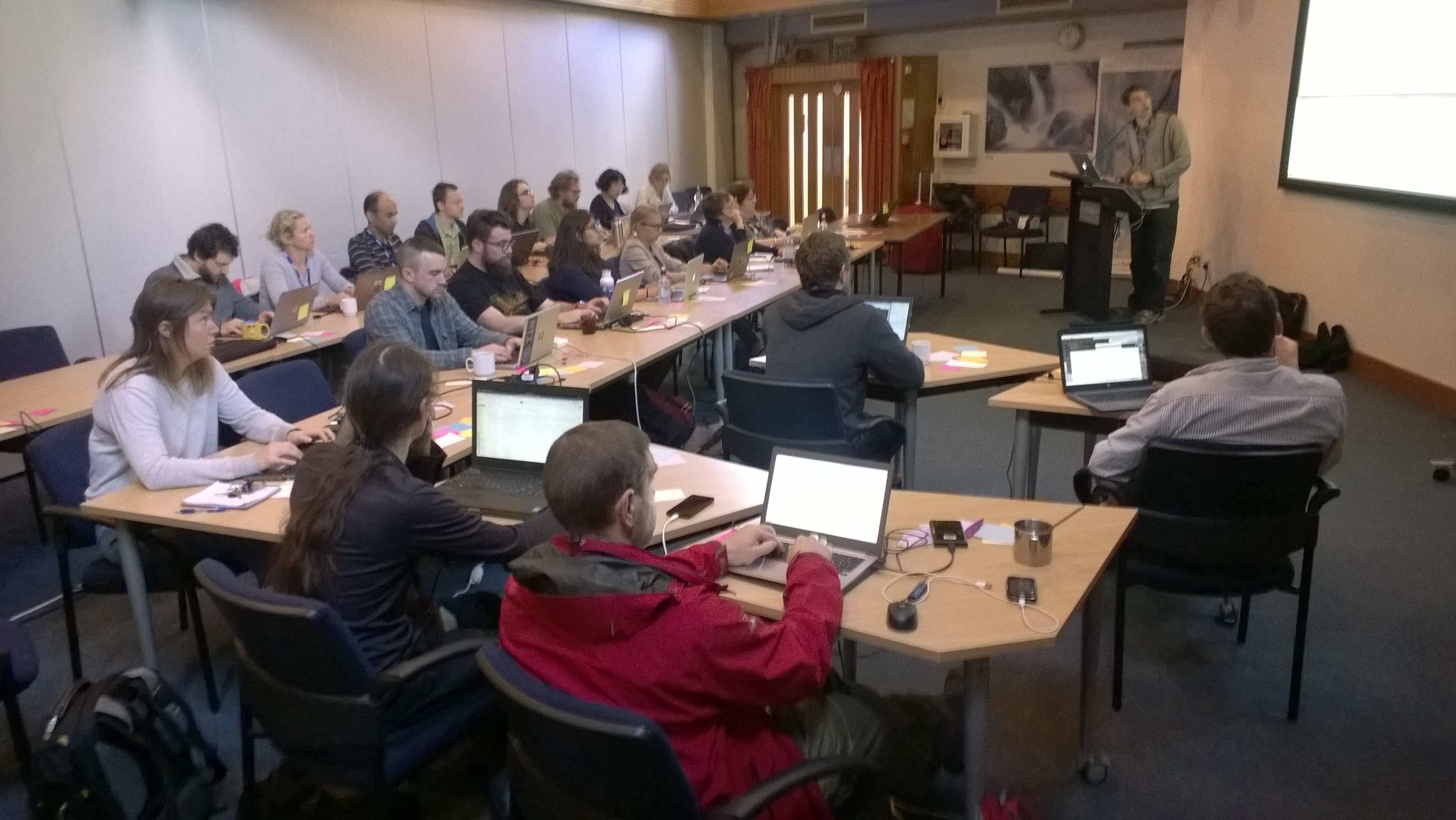 However, the earthquake turned out to be not the only one force of nature that affected the area. Wellington experienced some extreme weather with gale-force winds and very strong rain that caused flooding in the city. Despite all these issues, the workshop still had almost full attendance and received very good feedback. 23 researchers participated in the event, that included NIWA staff from Wellington and other NIWA branches, as well as 3 external participants from the University of Canterbury

The instructors (Andre Geldenhuis of Victoria University Wellington; Alexander Pletzer, Craig Stanton and Wolfgang Hayek, all of NIWA) taught the core Software Carpentry curriculum as well as an added-on introduction to HPC using Fitzroy, the supercomputer operated and maintained by New Zealand eScience Infrastructure. Every participant could use a personalised account on Fitzroy to follow the HPC session.

2 remote participants at NIWA Auckland joined for the Python session. Teaching was done through a video-conference system by sharing the presenter screen as well as room audio and video, which worked well.

Despite the sever weather conditions and the overall post-earthquake concerns, the atmosphere was very relaxed, and participants asked numerous questions in all sessions. The workshop will be followed up next year with workshops on programming with C, C++, and Fortran, as well as parallel programming.