On July 28-29, a group of volunteers from the University of Toronto’s libraries ran a two-day workshop for thirty-five of their fellow librarians. People came from as far away as Sudbury, Ottawa, New York City, and even Oregon to spend two days learning about:

While there were inevitably some hiccups getting software installed on learners’ machines, everything ran pretty much on schedule, and the instructors got through most of the material they had planned to cover. What was particularly nice was the way the modules fit together: the Python lesson closed by showing people how to write programs using regular expressions, while the scraping lesson referred back to the XPath material.

Kim Pham, Leanne Trimble, Nicholas Worby, Thomas Guignard, and a large roster of helpers did a great job organizing and delivering this event. The best part was the email that arrived an hour after it finished:

Hey Kim (and the rest of the Software Carpentry Team),

I just wanted to let you know that straight after the workshop, I went back to my office, scraped data off of a website and into OpenRefine and solved a problem that’s been plaguing me for a month.

THANK YOU for such a great workshop, it’s already useful!! 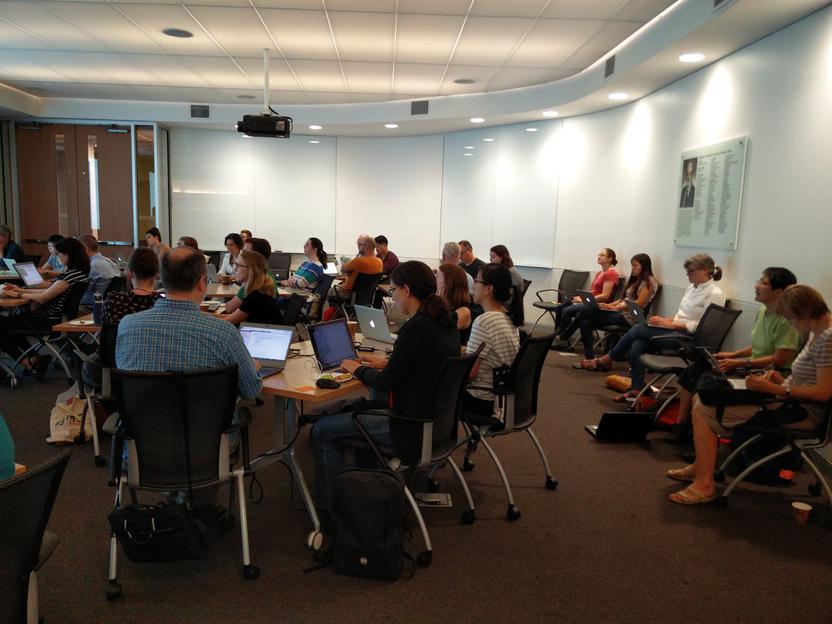