A two day Software Carpentry workshop with R was held at the University of Auckland Winter Bootcamp on 11-12 July. After a brief battle with the projector in the room, Day 1 consisted of an eventful morning session on Unix Shell, the spontaneous explosion of a glass door, followed by an introduction to programing with R. 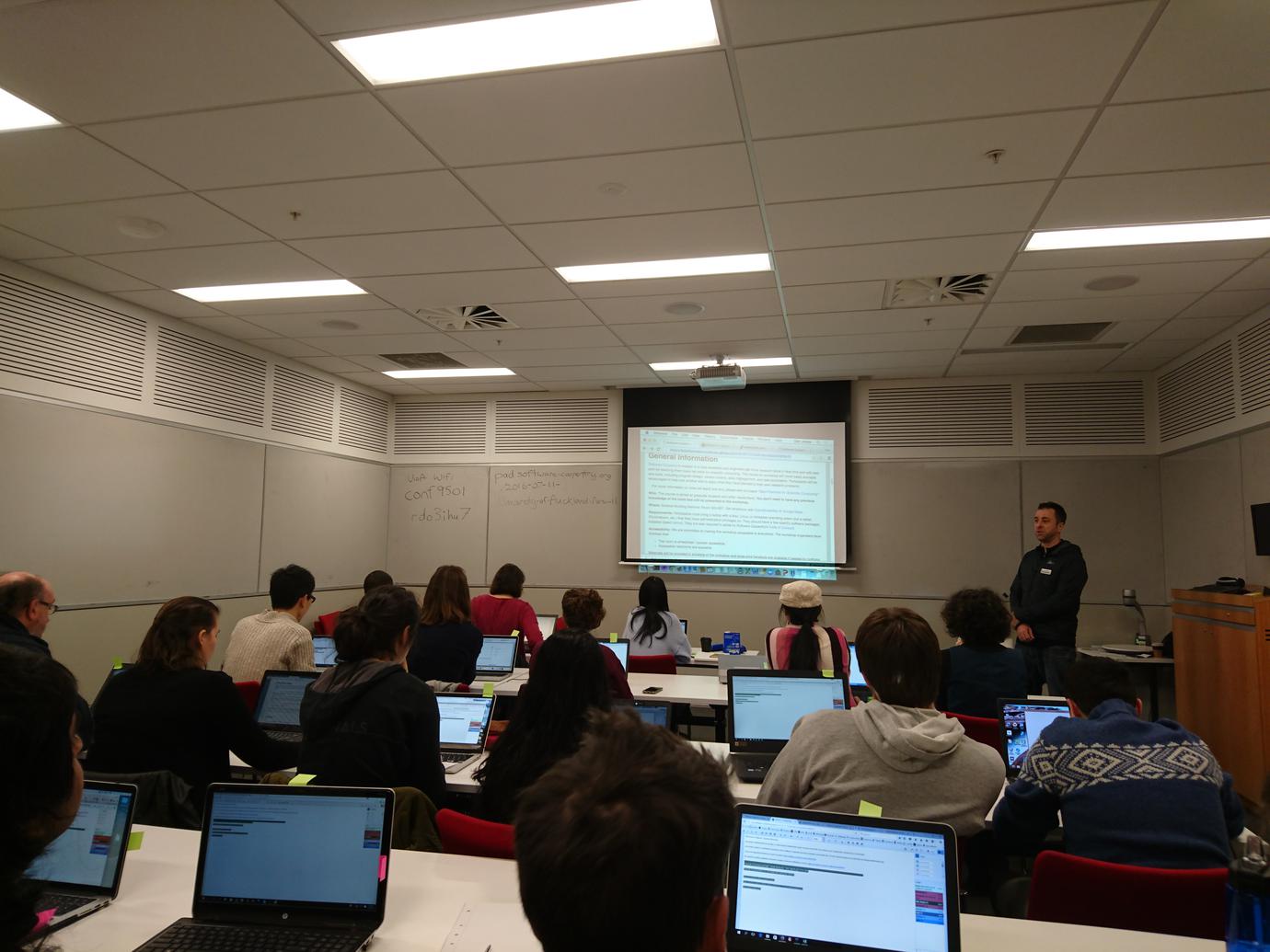 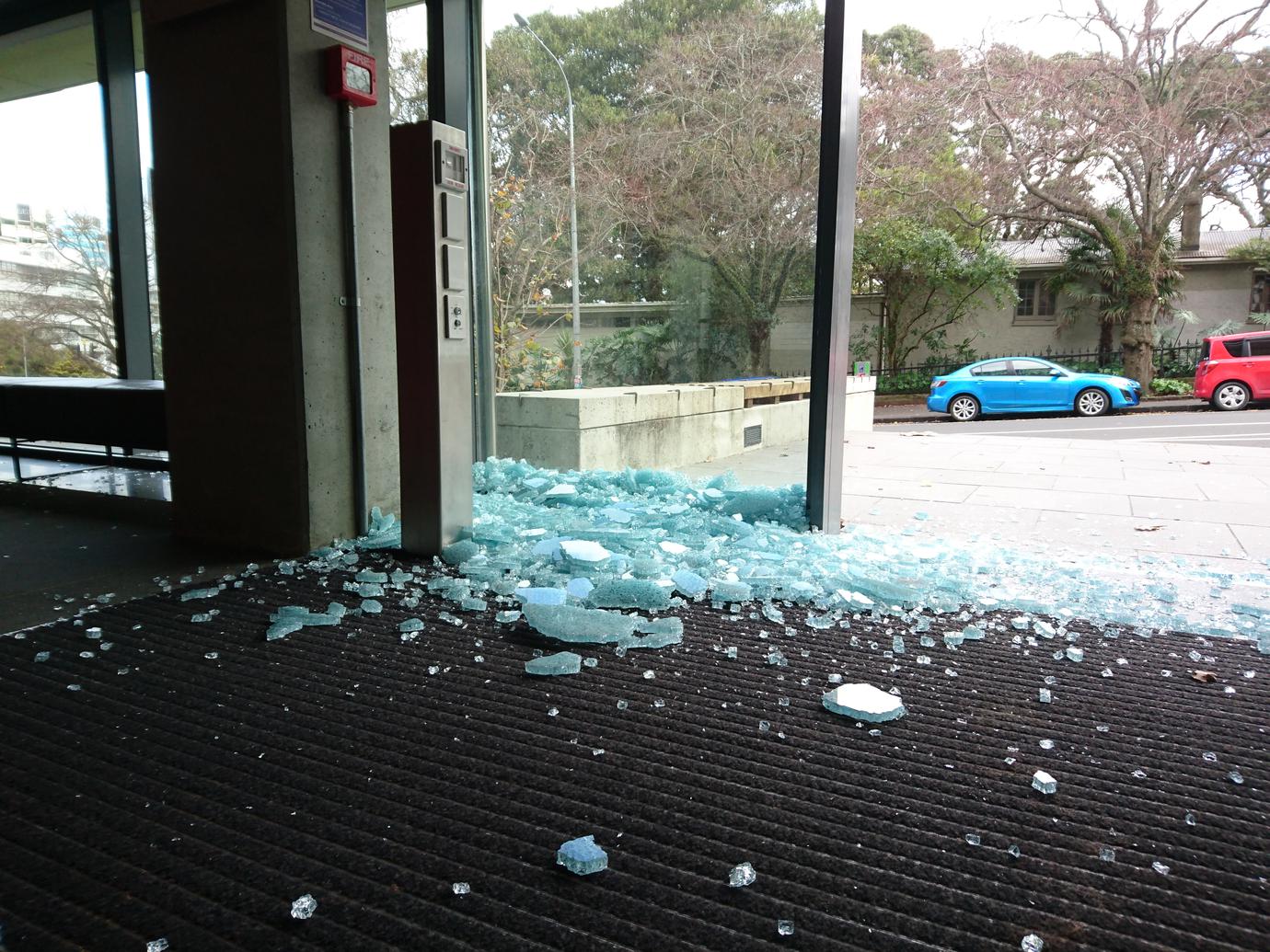 Dan’s talk on Unix Shell shatters the automatic door in the corridor.

Day 2 consisted of the Git session, which was extremely relevant to our later bioinformatics-specific workshops, since these are also Git repositories. After the Git session, we had an open Q&A session where all the attendees could ask questions about any of the topics that we covered.

The days 1 & 2 made for a great build up to the bioinformatics sessions that were run later in the week. As most bioinformatics-related software are optimised to run in the command line, the Software Carpentry sessions enabled researchers to build confidence with using a Unix terminal and R.

The Genome Assembly, Annotation and Visualisation started with Dan Jones’ declaration, "I'm expecting everything go horribly wrong at setup" while setting up Virtual Box on the attendees laptops. Thankfully Dan’s prediction was completely incorrect. The workshop consisted of a virtualbox OVA file with Ubuntu 16.04 LTS, test data, and preinstalled bioinformatics programs. Pro tip: Some intel chips on some computers will completely block all virtualisation in the BIOS!

Day 3 was a workshop on Transcriptomics, again using the virtual machine we have constructed. As before, this was a workshop delivered as a Git repository, using the Git wiki as the workshop material. It’s based (and forked from) the excellent workshop produced by the Griffith Lab, but was modified to allow us to make it a 1-day workshop, and to add handling of ERCC spike-in controls and to simplify some of the code. Again, the materials are on GitHub.

Our excellent Metabarcoding workshop was run on day 5, with the objective being to take raw sequence data from the machine and produce from that a table of OTUs, with associated taxonomy. This workshop used a virtual machine and a set of premade scripts to work through the different steps required to take raw sequence data and transform it into a useable form for downstream analysis. We used QIIME and vsearch, which are two different sets of software for metabarcoding analysis, to do this.

A big thanks to all the presenters and helpers who made this series of workshops run so smoothly: Dan Jones, Luke Boyle, Vicky Fan, Alex Stuckey and Nooriyah Lohani.

« A Tale of Two Workshops
Archive
Showing Changes When Teaching »