A two day Software Carpentry course was hosted at the University of Canterbury (UC) the 22nd and 23rd of June. The instructors, all of whom are from UC and are certified Software Carpentry instructors, were Paul Gardner (School of Biological Sciences), Richard Clare (QuakeCoRE), and Constantine Zakkaroff (Accounting & Information Systems). They were aided by three helpers: Christopher Thomson, Viktor Polak and Michael Gauland. Organising the event was greatly assisted by Sung Bae of the New Zealand eScience Institute (NeSI). NeSI also sponsored the refreshments for the coffee breaks during the workshop. 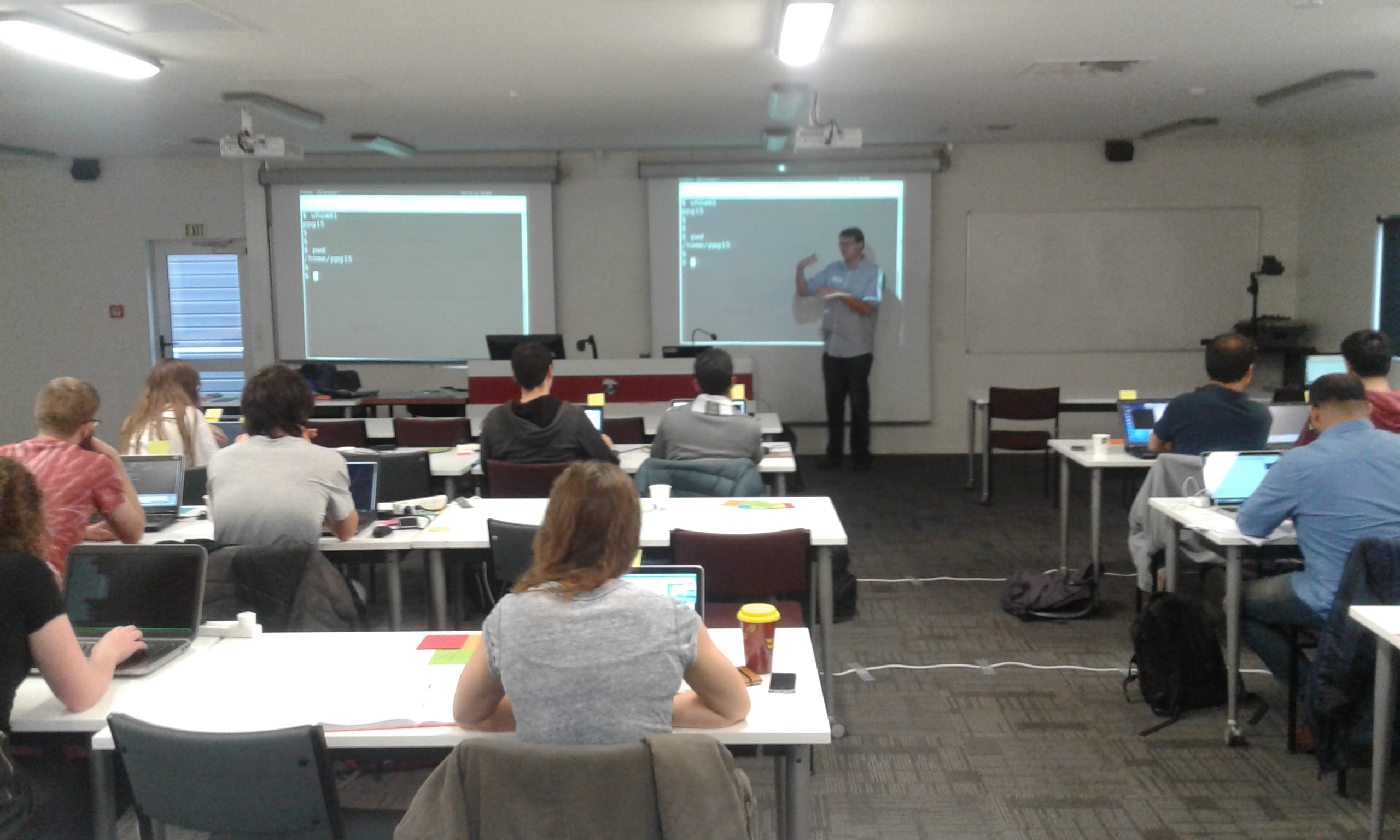 The three courses taught were the Unix shell (Gardner), Python (Clare) and version control with git (Zakkaroff). The fourth session was used as an open discussion session. We had a total of 30 attendees, which was somewhat disappointing given that 40 had signed up and the event was listed as ‘sold out’ for the week prior to the workshop. The feedback from those that did attend was very positive of both the lessons and the instructors. The room we used (Kirkwood KE04), which has two independent projectors and can seat 40, was ideal.

This was the third workshop at the University of Canterbury which also hosted the very first Software Carpentry in New Zealand back in 2013. We are looking forward to training more researchers in NZ and growing the community in the whole country.