A sea of green stickies: that really sums up the 28-29 September Brisbane Software Carpentry bootcamp—it ran extremely smoothly. We had 40 people signed up (with a waitlist of six) but lost one at the last minute to acute appendicitis—ouch—and another to project deadlines. The remaining 38 comprised post docs (7), Master's candidates (2), PhD candidates (19), research technical support (4), and four people from industry (one from an NGO and three from a virtual lab). We also had one undergrad (a first for us) and one very bright high school student.

To eliminate issues and delays with software setup, we used the ResBaz DIT4C container which enabled attendees to run the shell and iPython notebook in the cloud. The software ran successfully using a mere 8 vCPUs on QRIScloud, the Queensland node of the Australian research cloud. Speeds were good and the reliability was excellent, apart from a brief service drop-out because of technical issues elsewhere in the cloud.

With no setup delays, the first shell session started bang on time and all was well until the service drop-out about an hour in. We quickly sent everyone to morning tea early and the cloud was back by the time the break was over. We had no more cloud issues after that; it proved to be extremely robust (highly recommended for keeping frustration levels and delays to a minimum).

We taught the shell, Git, and Python. At the end of day two, we had hoped to demonstrate how to solve real life coding problems people had sent in with the pre-bootcamp survey, but the threat of a massive storm put paid to that. A couple of people left to try to outrun the storm and others rushed off to get their cars under cover to avoid predicted hail. The heavy downpour cast a bit of a dampener on the final session, but people also said their brains felt like saturated sponges—they could absorb no more.

We had a number of new helpers this time around, which is great. The only problem was how little they had to do—pink stickies were rare. At the last bootcamp, for example, we barely got halfway through Git—this time, we finished with time to spare and people really enjoyed pushing and pulling data to and from each other's repositories. The enjoyment of that interactivity made its way into several comments. One attendee said he found the Git session absolutely life-changing! Another commented, "I have been using Git for a while but found it really helpful to go through each step with explanations. I understand it better now. I found it helpful to experience collaborating on a repo between attendees, and creating and solving conflicts."

With better preparation, we avoided a few of the problems (poor room layout, not enough power outlets) from our last bootcamp, but the sound in the room was still below par. Having a lapel mike made little difference as it didn't pick up voices very well.

On the plus side, having a predominantly female-led bootcamp was a real hit (three female instructors, one male), with a couple of attendees saying how great it was to see women leading the workshop. Helpers this time were mainly female as well, and in numbers the bootcamp was pretty evenly balanced between men and women. Six attendees have since expressed interest in instructor training being held here in January 2016. (We had four express interest after our last bootcamp.)

I taught both shell and Git and enjoyed both though, having taught it before, my Git session was a lot more polished than my shell. But I benefited from having a go, and learned some useful lessons for next time. (Practise, practise!) Areej Alsheikh, one of the other instructors, taught Python for the first time. As a new instructor, she taught the Shell at our last bootcamp. The Python session was generally well received, with this comment: "Great, nice to have lot of variety in the levels of experience in the room, and great to see practical applications at work." One thing we could do better is to allow people more time to practise and do challenges, rather than just copy code.

Unlike last time, when all 40 attendees stayed the whole course, we had a few drop-outs along the way this time, probably because of attendees' higher skill levels coming into the bootcamp. Having got what they wanted, four didn't stick around to revisit material they already knew. And we need to work out how to manage differing skill levels better, so that the more experienced don't feel they are marking time.

It was a big week for Brisbane Software Carpentry—two days later, two of our instructors flew to Townsville (1,370 km away) to conduct a first-ever bootcamp there. They will do a separate post on how it went. 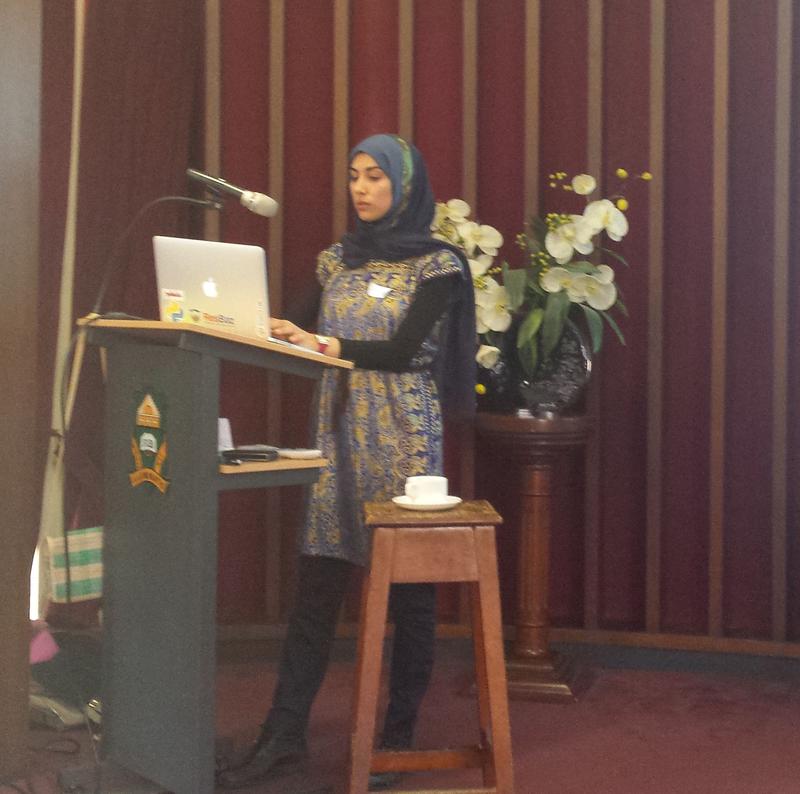