On July 2015, I was fortunate to receive an invitation to the first international workshop of the Diversity of the Indo-Pacific Network (DIPnet), which explains the "Bali" part, in order to teach R and the Unix command line during the first two days. The weeklong workshop was co-hosted by the Hawai'i Institute of Marine Biology and Indonesia Biodiversity Research Center (IBRC), and lead by Dr. Eric Crandall from CSU Monterey Bay. The theme of the workshop was "Molecular Ecology and Bioinformatics in Developing Countries", which featured lectures and labs developed by the invited participants in their area of expertise. For this, a two-day software carpentry workshop was very much needed to begin the week and prepare all participants for the computational sessions coming up in the week.

The audience was mostly faculty members and some students from different universities around Indonesia including Universitas Makassar and Universitas Negeri Papua, around half of which were women. Almost all attendees had little or no programming experience and nearly all used "not-so-good" Windows machines. To overcome this challenge, NERC kindly provided us with BioLinux on bootable USB sticks. R and Rstudio were installed separately for each participant. Although the ResBaz awesome cloud was made available for this workshop by Tim Dettrick, we didn't need to use it as participants preferred to have the tools installed on their own computers.

Overall, the workshop was a big success. Two major challenges were encountered in this workshop. The first challenge was the language barrier. As English is not the audience's main language, they typically find difficulty keeping up with regular conversational pace and unfamiliar vocabulary. That was one thing I had to be careful about when explaining the lessons. For this, I had to pay full attention to my pace, clear pronunciation of words, and avoiding usage of possibly unfamiliar words. In fact, in order to watch my pace I introduced additional sticky note colour (blue), which means to "slow down". They loved it! The language challenge was mainly why we only chose to cover the Unix Command in one full day, and R in another full day.

The second challenge was making sure the audience was following up and understanding the material presented. The reason why this was a challenge is because in the Indonesian culture, it is considered "rude" to interrupt speakers or ask questions. Therefore, I had to frequently check in with them for any problems or if I needed to repeat something. I also constantly kept reminding them to use the sticky notes. After a few hours, the ice was broken and they were more than comfortable asking questions, requesting to repeat or slow down, and even making jokes.

For the first day, we made it through most of the Bash material except for "Shell scripts", and "Finding things". At first, they were relatively slow in understanding the content, but the more we covered, the faster they became in understanding new commands and concepts. The second day, however, some found R to be slightly more difficult to understand than the shell. A few criticized the challenges as being "not straight-forward", while others felt like the choices of R lessons were not targeted for programming novice (e.g. introducing functions so early). It felt to them that lessons focused more on developing good programming practice, rather than basic knowledge of how the R language works. It was felt that the examples in the R lesson were somewhat abstract, especially in comparison to the concrete examples in the Unix lesson for how use of the command line could speed up processing of scientific data.

Overall, everyone was very happy with the workshop and had lots of fun. They felt that they learned how to learn R/Unix. They developed some sense of abstract thinking. Most importantly, they now recognize the power of task automation and the importance of such skills in doing their respective research. 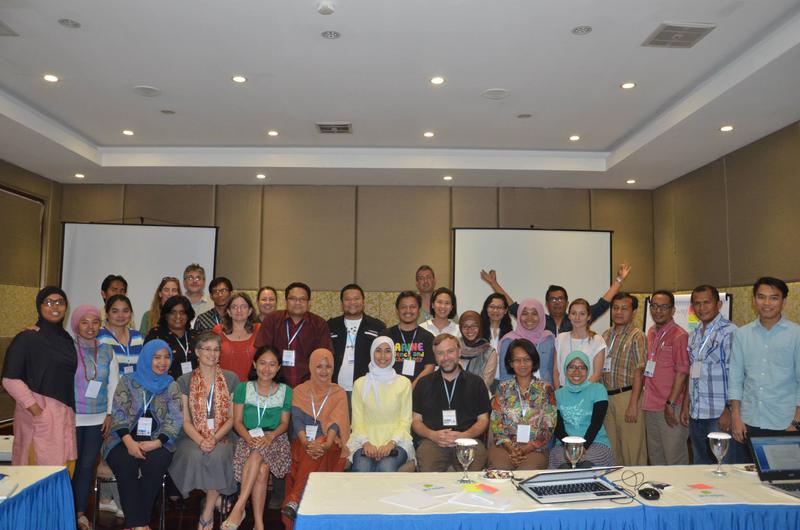 « Checking What We Teach
Archive
Prepping for the Python Lesson »